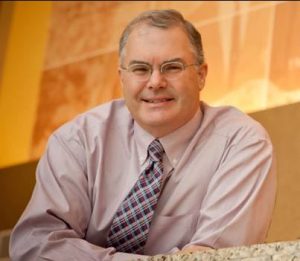 Lamar Hunt Jr. has always felt the weight of the responsibility that comes with being born into opportunity. The Hunt family has a long history of entrepreneurship and investment in oil and petroleum, real estate, philanthropy, faith-based education, and, perhaps most famously, in sports.

Lamar Hunt Jr.’s father was the founder and longtime owner of the Kansas City Chiefs, as well as a seminal contributor to the foundation of Major League Soccer in America. As Lamar Hunt Jr. often says, “To whom much is given, much is expected.” Throughout his life, he has made it his goal to use all that he has to do all that he can to give back to the communities that have meant so much to him.

As the founder of Loretto Companies, Lamar Hunt Jr. has created a vehicle which can help him to use his resources to benefit others. The four Loretto Companies include Loretto Commercial, Loretto Sports Ventures, and Loretto Properties, as well as the Loretto Foundation. Dedicated to helping to build strong families and support communities, the Loretto Foundation is devoted to promoting the intrinsic dignity of all human beings, with a special focus on the poor and those who are underserved by society. Lamar Hunt Jr. believes that strong families come from strong communities and vice versa. The Loretto Foundation is concerned with programs that help to strengthen both, while addressing the root causes of poverty and other social ills and promoting physical health, spiritual well-being, social good, emotional wellness, and economic prosperity.

The four Loretto Companies are named for the Loretto Chapel in Santa Fe, New Mexico. The Sisters of Loretto who worship there built the chapel but found only after it was completed that there was no direct way to access the choir loft. In answer to their prayers, a visiting engineer constructed and built a staircase that can still be visited today, but he left without receiving any payment or thanks. This story of the selfless architect has stuck with Lamar Hunt Jr. ever since he first encountered it, and it has informed the mission of the Loretto Companies, which seek to help others without the expectation of recognition or reward.

The desire to help others and give back to the community has been a constant throughout Lamar Hunt Jr.’s life, inspired in part by his own father, Lamar Hunt, who taught Lamar Hunt Jr. and his siblings to “think of others first and put ourselves last.” After studying music at the University of Cincinnati College-Conservatory of Music and playing flute in the Kansas City Symphony for ten years, Lamar Hunt Jr. returned to school and attended Dallas Baptist University, where he received his Master of Arts degree in Counseling, with a focus on cognitive-behavioral therapy. As a Licensed Professional Counselor (LPC), he worked with at-risk teens, homeless individuals, and persons who were recovering from addiction and trauma.

Lamar Hunt Jr. cites his faith as a driving force in both his work as an LPC and with the Loretto Foundation, as well as his continued involvement with a variety of faith-based and charitable programs and organizations. “Faith asks us to step out of our comfort zones and do things we might not normally even consider,” he says, adding that he sees his faith as something that is always continuing to grow and unfold. He has worked extensively with the Catholic Radio Network and other local and national charities, and through the Loretto Foundation he helps to build strong families and communities by focusing on Catholic grade schools and high schools in the Kansas City area. Among the charities that the Loretto Foundation has supported are the American Family Association, Big Brothers Big Sisters, City Union Mission, the Fellowship of Catholic University Students, the Welcome House of KC, the Catholic Education Foundation, St. Paul’s Outreach, and many more.

Today, Lamar Hunt Jr. remains active in a variety of charities across Kansas City besides those offered through the Loretto Foundation. He continues to contribute to the Catholic Radio Network, the Catholic Charities of Northeast Kansas, and Read Across America, to name a few. He lives with his wife, Rita Mae Hunt, in their home in Leawood, Kansas, where they spend as much time as they can with their nine children and eight grandchildren.